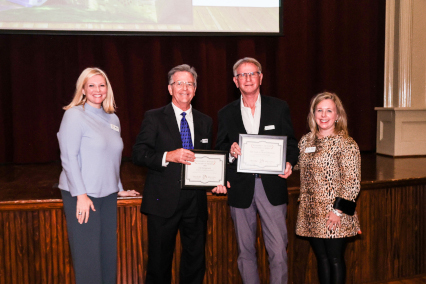 The Cohn House at 904 Scott is a significant contributing property in the MacArthur Park Historic District. It was built in 1871 and was first listed in the Little Rock city directories in 1878 under prominent businessman Morris Cohn, who had married into the Mandelbaum Family. The home remained in the Cohn family until 1908. It is believed that shortly after the Cohn family sold the home, it was turned into a multi-family structure. Over the years it fell into disrepair.

In August 2014, the property was purchased by Little Rock Historic Properties owned by Mark Brown and Jill Judy with the intention of fully renovating the building, keeping it as a multi-family property. The renovation had already begun when, on April 12, 2015, a fire destroyed the immediately adjacent Mandelbaum-Pfeifer House. The Cohn House was extensively damaged and could have been demolished. However, the decision was made to move ahead with the project and, in addition to restoring the interior, a large exterior renovation would be added.

Ed Sargeant was retained to research the interior and exterior of the home and developed a plan to restore the interior and add back the front porch which had long been missing. Ed was able to locate historic photos of the property from the 1890s showing the original porch and worked diligently to produce scale drawings that the carpenters were able to use to replicate the original millwork.
After nearly six years of hard work and many hurdles, the Cohn House was completed in August of 2021. The project was awarded both state and federal historic rehabilitation tax credits.
The QQA recognizes the team responsible for the rehabilitation of the Cohn House at 904 S. Scott Street, MacArthur Park National Register listed Historic District: Jill Judy & Mark Brown, Downtown Dwellings and Ed Sergeant, Sergeant Architecture.